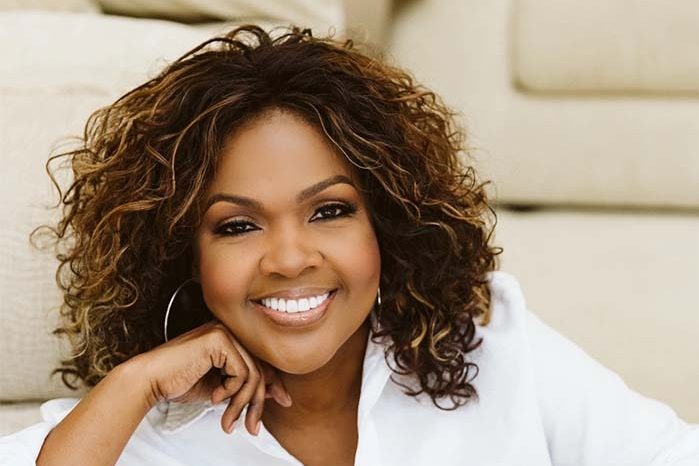 “I believe this album is going to minister joy to those who hear it.” 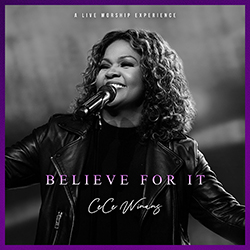 Lucky gospel music fans were blessed by CeCe Winans’ first live-streamed event last month. It was one of the best concerts I’ve ever attended — live, virtual, gospel or otherwise.

As if to placate those who weren’t able to catch the show, Winans is releasing Believe For It on March 12. Continuing the legend’s string of “firsts,” it’s the first live album of Winans’ heralded, five decade-spanning career.

I’ll confess to having been worried for Winans leading up to Believe For It’s release. The legend had done such a phenomenal job during her first live streamed event that I was anxious about whether she could match, let alone top, that performance on the new album.

As Winans would encourage us to do, I turned to scripture: “Anxiety in a man’s heart weighs him down, but a good word makes him glad.” -Proverbs 12:25

A good album makes me glad, too. And after listening to Winans’ outstanding new Believe For It, I’m overjoyed.

But then, can one have too much joy?

Upon my initial listen to Believe For It’s first song, the uptempo “Fire,” I had to fight to keep seated. It’s a rouser that sneaks up on you, and will remind you of just what is shut up in your bones.

As Winans shouted when I asked her about the album’s barn-burning opener, “Come ON, Holy Ghost!”

“I did what I always do,” Winans shared during our EXCLUSIVE chat, as I inquired about her song selection process for Believe For It. “I focus and believe that God is taking me in a certain area, whether it’s worship or contemporary. I believe that when a song ministers to my heart, it’s going to minister to other people.”

“I recorded a lot of songs that I hear every Sunday. I wanted to encourage us to worship,” Winans continued. “My prayer is that churches will embrace these songs if they don’t already know them. I wanted to create something that people could sing along with, and that choirs could sing. They’re songs that I totally enjoy.”

CeCe Winans is, quite simply, one of the world’s greatest gospel singers. The multiple Grammy, Dove, and Stellar Award winner is this generation’s Mahalia Jackson, pairing her unquestioned, multi octave vocal gifts with her unwavering faith. That combination is nothing short of spellbinding, and that’s never been more on display than on the new Believe For It.

Other album highlights include the stunning new single, “Never Lost,” the gorgeous ballads “King Of Glory” and “Just To Be Close To You,” live versions of Winans classics “Jesus You’re Beautiful” and “Alabaster Box,” and the title track, which has just snagged the #1 spot on Billboard’s Gospel Digital Song Sales chart.

Clearly, a lot of people are ready to “believe.”

This writer also loves “I Have A Savior,” which includes a bona fide altar call. If that doesn’t give you an idea of what this album is all about, nothing will!

With Believe For It, Winans has delivered more than just an album. Like last month’s concert, the new project is an experience.

“It’s more on the worshipful side, but we’ve got ‘gospel’ going on all in between,” Winans said of the new Believe For It. “It’s live, so we’re going in and praising God, and we’re having fun in His presence.”

“I can’t live without His Presence,” Winans preached. “The Word says ‘In His presence, there’s fullness of joy.’ And we need joy right now. We have lost loved ones. Hearts are broken. We need joy, and I believe this album is going to minister joy to those who hear it.”

You can get your piece of that joy on March 12 via Amazon, retail and all major digital outlets.