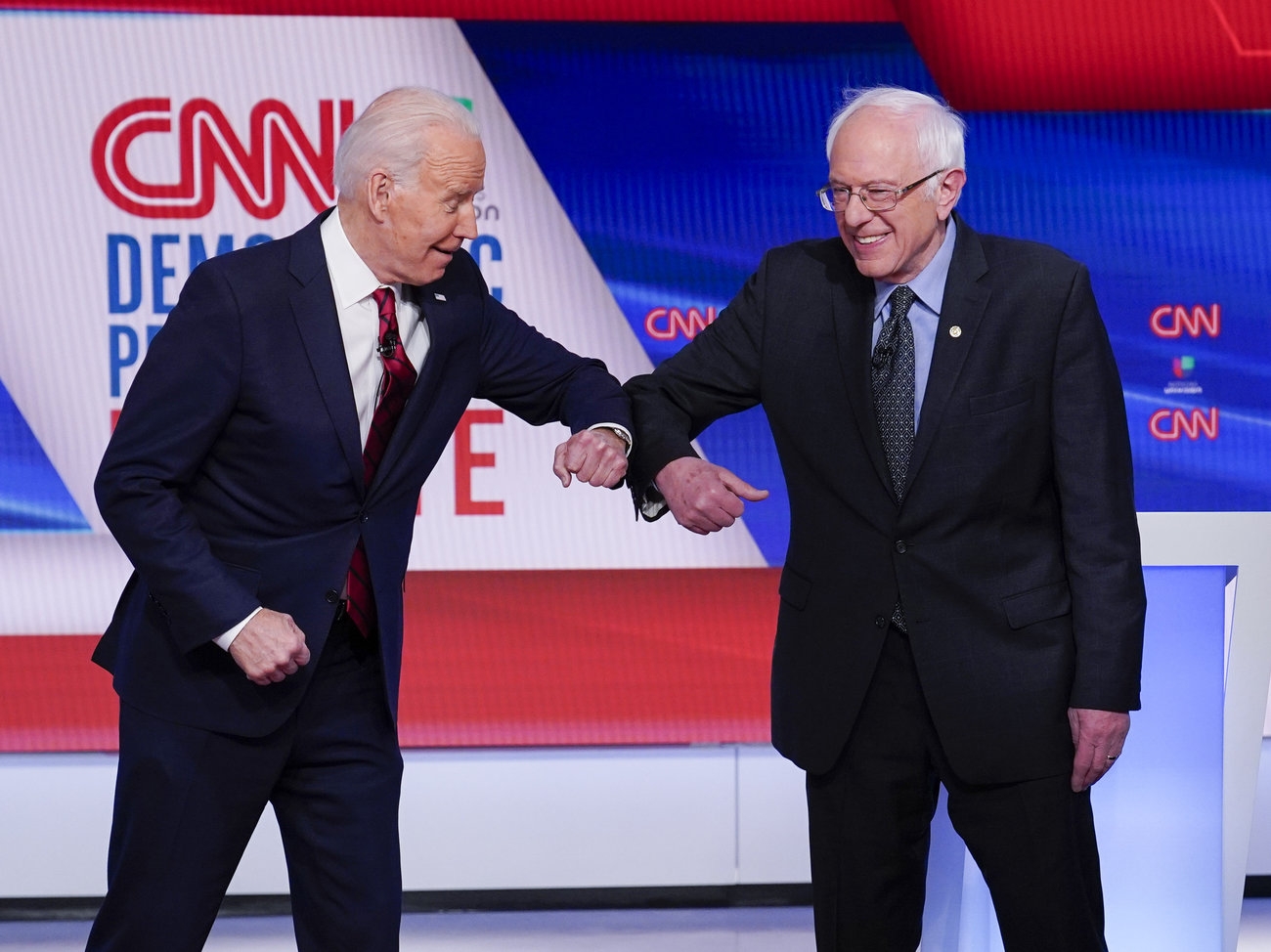 Just before the Democratic debate Sunday, the Centers for Disease Control and Prevention put out guidelines encouraging Americans not to gather in groups of 50 or more for the next eight weeks.

Eight weeks. Americans are hunkering down, professional and college sports have suspended seasons, many states have closed schools. But voting – at least for now – continues. And so did the first one-on-one Democratic primary debate of this cycle, albeit in a very different way than originally planned.

The debate between former Vice President Joe Biden and Vermont Sen. Bernie Sanders took place inside a CNN studio in Washington, D.C., rather than before an audience in Arizona, one of the states voting Tuesday in the primaries along with Florida, Ohio and Illinois.

What to make of the kind of debate that’s never been seen before? Here are the takeaways from Sunday night.