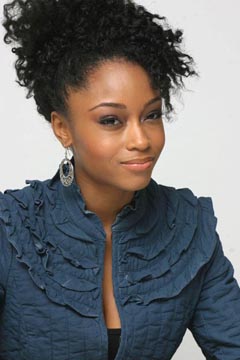 If you don’t know who Yaya DaCosta is yet, you soon will.

The model-turned-actress is blowing up the screen, big and small. Now, she’s set to play legendary singer Whitney Houston in a new Lifetime’s biopic focusing on the singer’s early relationship with Bobby Brown.

“I have such regard for both Whitney’s and Bobby’s amazing talents and accomplishments; and I feel a responsibility in the telling of their story,” Bassett said in a statement released earlier by Lifetime.

Not everyone is thrilled by news of the Lifetime movie. Pat Houston, the singer’s sister-in-law, told the gossip site TMZ recently, “Whitney is certainly worthy of more than a television movie. If Whitney were here today, this would not be happening.”

Read the complete article at ABCNews.com.