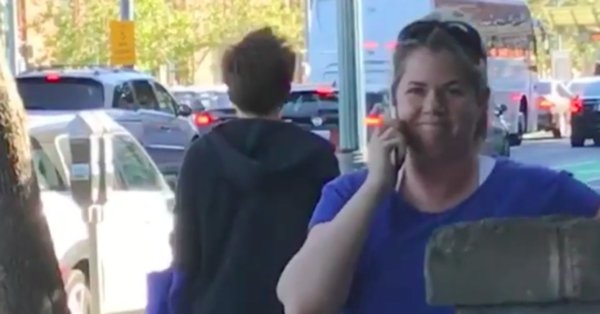 Thanks to Alison Ettel, aka #PermitPatty, we can add selling bottled water without a permit to the list of things black people can’t do in America without having the cops called on them.

Ettel became the subject of viral outrage Saturday when she appeared to call the police to report an 8-year-old black girl “illegally” selling water on a San Francisco street. The girl’s mom posted video of that apparent phone call to Instagram, and Ettel later told HuffPost she “pretended” to report the incident to the police.

“They were screaming about what they were selling,” she told HuffPost. “It was literally nonstop. It was every two seconds, ‘Come and buy my water.’ It was continuous and it wasn’t a soft voice, it was screaming.”

Whether Ettel dialed 911 (or the non-emergency city hotline 311) or not, the point is that she felt calling the authorities would scare the mom and her daughter into submission. And while Ettel claimed that confrontation had “no racial component to it,” the scene is yet another reminder that some white people contact the police like one calls a customer service hotline. In this case, they’re ready to demand that their local government put a black person back in their place — and they expect results.

For the full story, visit Mashable.com.