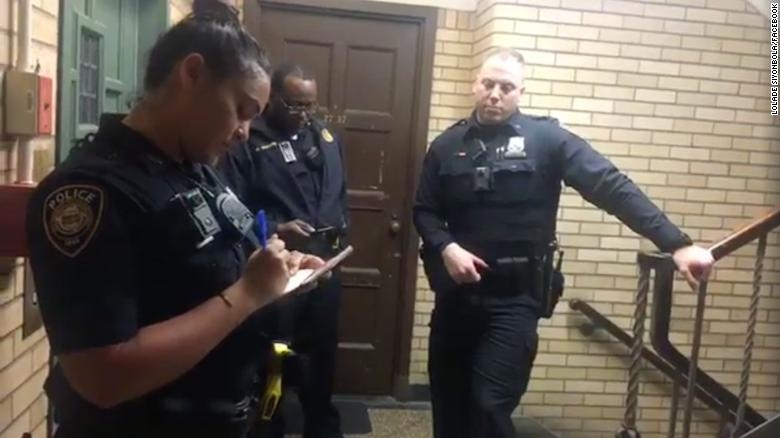 In what is becoming an all-too familiar episode, a black Yale University graduate student was interrogated by campus police officers early Tuesday after a white student found her sleeping in a common room of their dorm and called police.
The black student, Lolade Siyonbola, posted two videos of the encounter to Facebook, where they have been widely viewed and drawn thousands of comments.
“I deserve to be here. I pay tuition like everybody else,” an annoyed Siyonbola told responding officers in one video after they asked for her ID. “I’m not going to justify my existence here.”
The incident is one of several in recent weeks in which police have been called on people of color for seemingly harmless acts. In one of the most recent, three black women were detained while leaving their California Airbnb after a neighbor called police, thinking they were burglars. Last month two black men were arrested at a Starbucks in Philadelphia after a manager called 911 on them because they didn’t order anything.
For the full story, visit CNN.com/US/News.