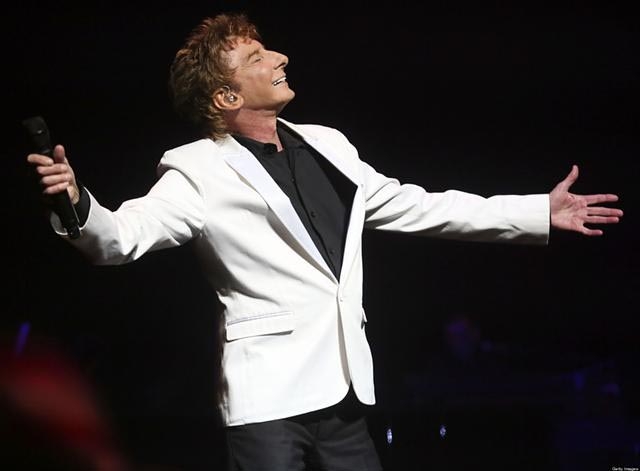 We all know it’s hard out there for a pimp.  Trust me:  it’s been even harder for a pimp who loves Barry Manilow.

As this is a concert review and not a therapy session, I won’t go on about how tough it was growing up in Detroit and singing “Mandy”as I walked to school.  Don’t act like you don’t know what I’m talking about.  Even here in California, I have turned the radio off at a traffic light so the trucker next to me wouldn’t see me bopping around my convertible to “Copacabana”.

But after last night at Sleep Train Arena, my love for all things Manilow is out of the closet.  I even have a name for my new identity.  As a black, dreadlocked man, I’m now and forever a FaniBro!

From the start of the concert, I realized that Manilow and I have more in common than I’d thought.  One of them is his good friend Dave Koz, who opened the show with a spirited set that included Stevie Wonder’s “Sir Duke”, Kool & the Gang’s “Hollywood Swinging”, and Earth, Wind & Fire’s “Got To Get You Into My Life”& “Getaway”.  Koz looked and sounded great, thanks in part (by his own admission) to “hair dye and Botox”.

Those two elements may have been on display as Manilow took the stage, as he could have well stepped out of Marty McFly’s DeLorean straight from 1985.  He looked phenomenal for a singer who released his debut album in 1821, as he joked.  But to talk too much about how Manilow looked—which was great —wouldn’t allow me to tell you how the man sounded —which was incredible. 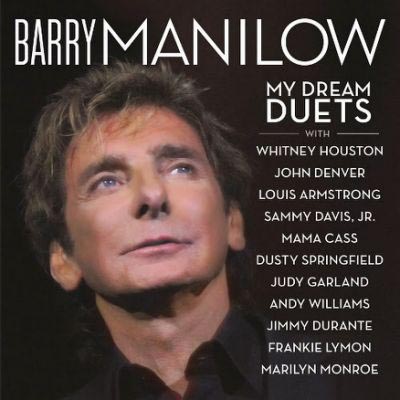 Some things about the show could have been expected, from its energetic opener “It’s A Miracle”to a sing-a-long “Can’t Smile Without You”, which included the song’s lyrics projected karaoke-style on the screen behind him (as if we needed them!).   Manilow also nailed one of my personal favorites, “Weekend In New England”, admitting to the crowd that the song was so romantic that it even got to him.  “I was turning myself on back there!”, he quipped.

Manilow earned one of many roaring ovations on “I Made It Through The Rain”, saying “Here’s one about my favorite four letter word: hope.  I can’t tell you how many letters I get about this song.”before launching into a breathtaking a cappella intro.   Manilow’s lesser-known ode to “misfits”everywhere “All The Time”was also exceptional, with the legend admitting to having been a misfit himself as a kid, joking that he knew that was a surprise to those of us who know him now as a “super mega star sex god”.

Other highlights included virtual duets with Judy Garland on “Zing! Went The Strings Of My Heart”from his new My Dream Duets album and with a 1975 version of himself on one of his signature hits, “Mandy”.  I don’t know many singers who could perform with a video of themselves in their prime and nail every note.  Manilow’s one of them.  He’s lost none of his range, power, or vigor over the last 40 years.

Manilow shocked audience member Maggie from Stockton when he plucked her out of the audience to dance with him to Glenn Miller’s “Moonlight Serenade”, much to the disappointment of all of the other female fans who lined the stage.  Later on, one of that throng found herself briskly escorted offstage after jumping on it in her attempt to get to Manilow —that’s how crazed his core fans were last night. 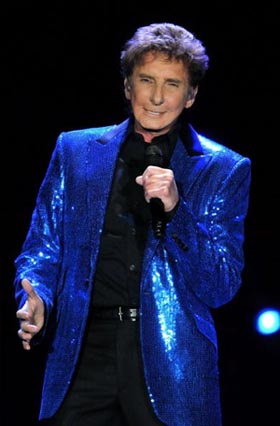 If I have a complaint about the show, it was with the medley of many of the artist’s “radio hits”performed toward the end of the concert.  Many of the classics included, like “Somewhere Down The Road”and “I Write The Songs”deserved the artist’s full treatment.  However, with a catalog as vast as Manilow’s, he’d have been at Sleep Train Arena all night if he’d sung it all.

Just when we thought he was done after the medley, Manilow exclaimed “Oh!  We forgot one!”before launching into “Copacabana”, complete with confetti and streamers from the ceiling and a local gospel choir, Fair Oaks’Sacramento Choral Society.   Like several times during the concert, Manilow seemed genuinely moved by the raucous ovation from the audience.  With a final wave and a smile, he left us as he came to us —on our feet and screaming his name.  And Manilow left THIS FaniBro ready to crank “Copacabana”with the top down for my drive home.

Michael P. Coleman, professional FaniBro, is a Sacramento-based freelance writer.  Tweet him with the hashtag #FaniBro at @ColemanMichaelP and connect with him at michaelpcoleman or mikelsmindseye@me.com.