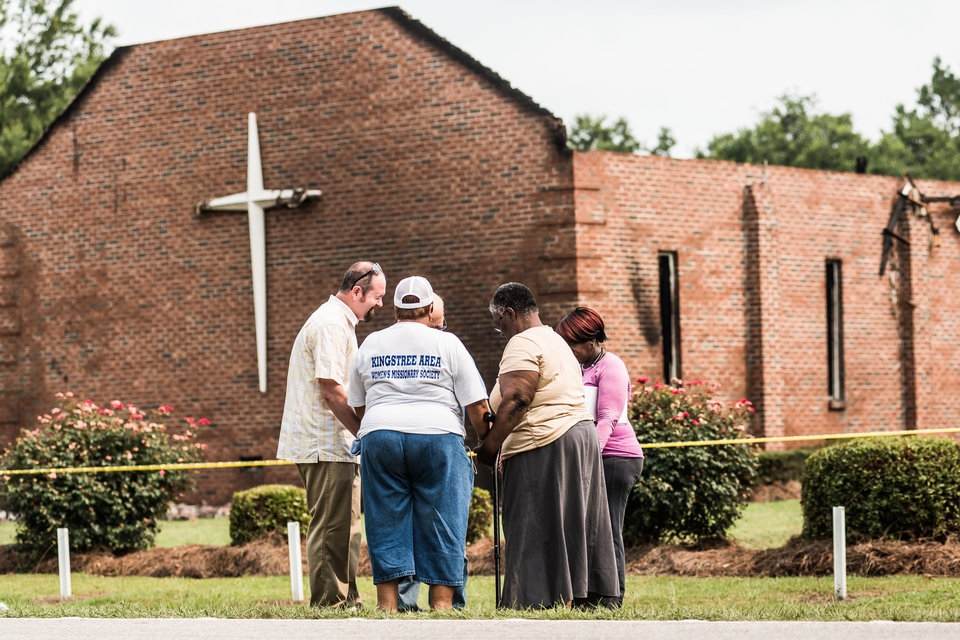 In the 10 days following the June massacre of nine people at Emanuel African Methodist Episcopal Church in Charleston, South Carolina, six other predominantly black churches across the South burned.

In August, Scott Carrier, a Peabody Award-winning former NPR producer and “This American Life” alum, made a request of the listeners of his popular podcast “Home of the Brave.” He’d noticed how quickly the burned churches in the South had fallen out of the news cycle, and he wanted to visit the cities where the fires had happened and interview the residents and congregants there about race and religion — but he needed the funds to do so.

Over $5,000 in donations flooded in from “all over the English-speaking world,” Carrier said, so he hopped in his car with his dog Augi — half border collie, half Bernese mountain dog — and drove east from his home in Salt Lake City.

The Huffington Post spoke with Carrier in late September about his trip. Since our conversation, another five predominantly black churches in the St. Louis area have burned.

For the complete article, visit TheHuffingtonPost.com/News.