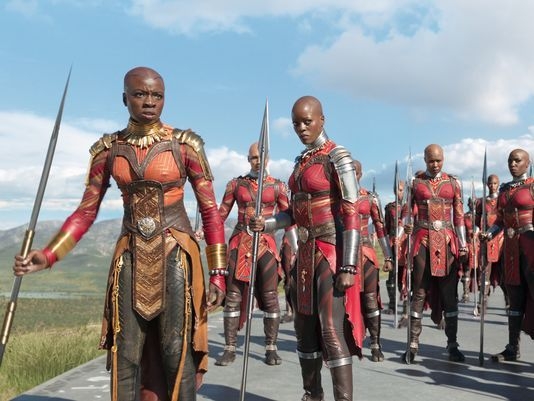 Black Panther‘s Dora Milaje is taking fierce females on the big screen to the next level.

It’s one of the reasons director Ryan Coogler’s Black Panther is preparing to open late Thursday amid feverish anticipation, especially from female and African-American moviegoers.

The story revolves around African ruler T’Challa (Chadwick Boseman) and his masked alter ego, Black Panther. The army T’Challa relies on when his reign in the progressive African country of Wakanda comes in question? That would be his all-female special force, the Dora Milaje.

Think of the Amazon warriors in Wonder Woman. These women are “unapologetically feminine and ferocious,” says Danai Gurira, who plays the Dora Milaje’s general.