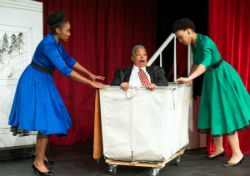 San Francisco’s African-American Shakespeare Company will close is 2012-2013 season with Shakespeare’s “The Merry Wives of Windsor,” from May 4-26.

Directed by Becky Kemper, “The Merry Wives of Windsor” celebrates one of Shakespeare’s most beloved characters and infamous skirt-chasers, Sir John Falstaff. The play chronicles the exploits of Falstaff who, down on luck and money, tries to swindle two seemingly-simple housewives. But the joke is on him when the Mistresses Ford and Page catch on to Falstaff’s seduction scheme and teach him a lesson with some mischief of their own.

Re-set in the late 1950s in the shared backyards of a city neighborhood and featuring live music, the African-American Shakespeare Company’s production marries the raucous and irreverent popular urban balck theater movement known as the “Chitlin’ Circuit” with the boisterous and bawdy practices of Elizabethan theater to create a theatrical experience that is joyous, ground-breaking, outrageous and original.

“The Merry Wives of Windsor” runs May 4-26 at the Buriel Clay Theater at the African American Art & Culture Complex, 762 Fulton Street, in San Francisco. 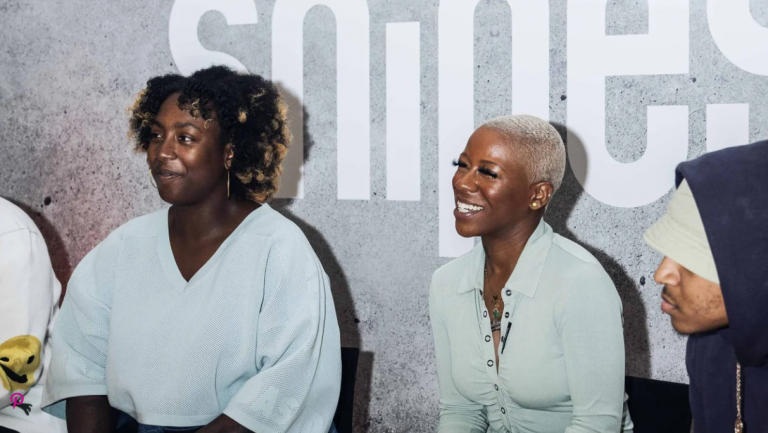