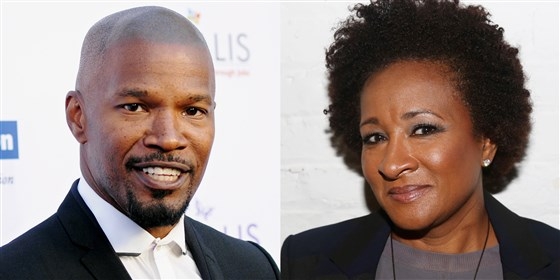 All in the Family” and its spinoff series “The Jeffersons” were two of the boldest and most beloved sitcoms of the 1970s and early ’80s. In fact, both shows were so groundbreaking that many pop culture spectators and industry insiders have long claimed they’d never even make it on network TV these days.

But Norman Lear, the writer and producer behind both hits, is ready to prove the naysayers wrong with a one-night-only live special featuring new stars in the same old roles.

Standing in for Carroll O’Connor and Jean Stapleton, the late leads on “All in the Family,” will be Woody Harrelson, 57, as Archie Bunker and Marisa Tomei, 54, as his always loving (and long-suffering) wife, Edith.

In the original series, which put the spotlight on racism, sexism, socioeconomic inequalities and a number of other societal concerns, the Bunkers were a blue-collar family who lived alongside their entrepreneurial neighbors, George and Louise “Weezy” Jefferson — a couple of characters that proved so popular, they got their own show.

The role of George, made famous by star Sherman Hemsley, will played by Jamie Foxx, 51, while Weezy, first portrayed by Isabel Sanford, will be brought to life by 55-year-old actress and comedian Wanda Sykes.

For the full story, visit Today.com/PopCulture.