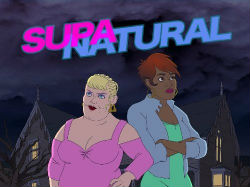 Amazon is entering the realm of TV programming and wants you to help decide which of 14 pilots it makes into full TV series, according to an article on USAToday.com.

Starting today, Amazon Studios is posting 14 pilots — eight comedies and six children’s shows — for free at Amazon Instant Video via any Amazon Instant Video app. Participants can watch the pilots and provide their feedback and comments through a survey, which will be used to determine whether a pilot is deemed worthy of being developed into a show.

Some of the comedy pilots include “Alpha House” starring John Goodman and Mark Consuelos; “Browsers” starring Bebe Neuwirth; and the animated “Supanatural” about two divas who as humanity’s last line of defense against the supernatural. And kids’ shows include “Oz Adventures” and “Teeny Tiny Dogs.”