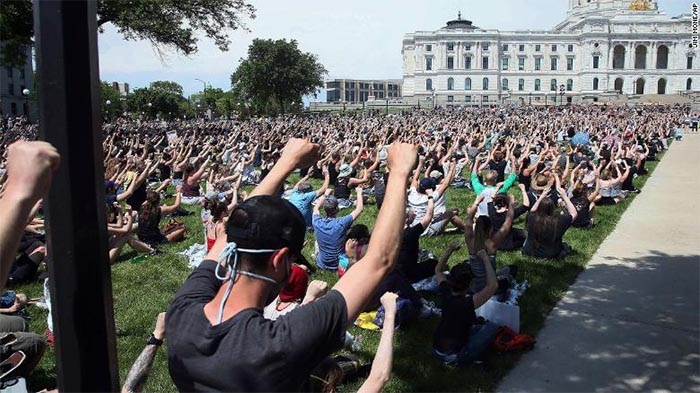 When Heather Coggins saw George Floyd cry out, “Mama!” as a Minneapolis police officer knelt on his neck, she thought of her uncle.

Timothy Coggins was stabbed and dragged to his death in a racially fueled killing that wasn’t solved for 35 years. His body was found maimed in a field in Sunny Side, Georgia, in 1983.
Before that day, the chipper 23-year-old was known as a mama’s boy. He wouldn’t leave the house without telling his mother, Viola, he loved her and giving her a kiss. He’d get another peck when he got home.
“I’m sure he cried out, ‘Mama!’ when he was in that field,” Heather Coggins said. “It hit home. Immediately, when I saw it, I thought, ‘This is a modern-day lynching like Tim.'”
Lynching is a charged, nebulous word. It evokes terrifying specters of the nation’s past, but talk to those most connected to the crimes and those who study America’s lynching legacy, and they’ll say many African Americans don’t consider it history.
Because it’s happening now.
For the full story, visit CNN.com/USNews.