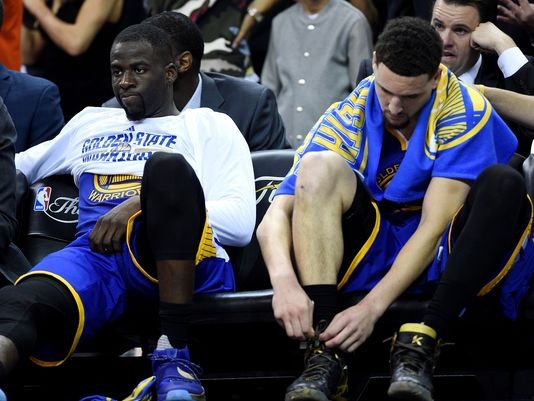 History can be so fickle.

A week ago, the Golden State Warriors fueled debate as to whether they were the greatest team in NBA history.

Up 3-1 in the NBA Finals, they were on the brink of champagne, fireworks and a grand parade.

But look at them now. The Warriors are suddenly and historically positioned for one of the most inglorious meltdowns ever in a championship series.

What are the odds that a team would set the NBA’s record with 73 regular-season victories … and then become the first team to squander a 3-1 lead in the NBA Finals?

Those are long odds. Teams trailing 3-1 in the Finals are 0-for-32 when it comes to winning a crown. But it could happen on Sunday, when LeBron James and his Cleveland Cavaliers hit Oracle Arena with super-bad intentions of making their own kind of history.

“We feel like we could have closed it out a long time ago,” Warriors Splash Brother Klay Thompson summed up after the Game 6 drubbing on Thursday night. “But here we are.”

For the complete story, visit USAToday.com/Sports/NBA/Playoffs.