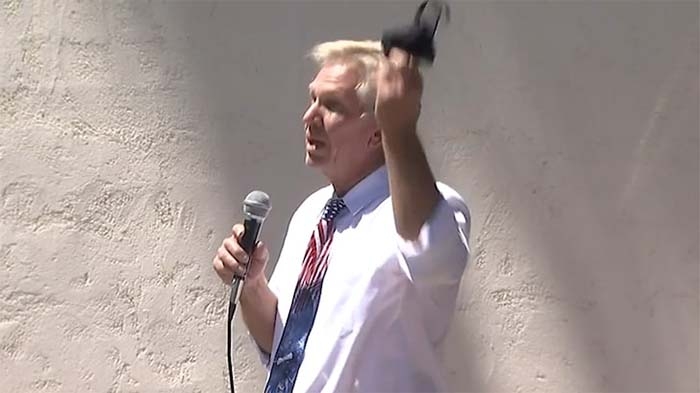 A GOP Arizona city councilman apologized Wednesday for mocking the dying words of George Floyd during a protest he organized against a local order to wear face masks amid the coronavirus pandemic — comments that drew the ire of several prominent Republicans in the state.

Scottsdale City Councilman Guy Phillips organized the anti-mask protest following an order issued last week by the city’s Republican mayor for residents to cover their noses and mouths “in most public areas.”
As Phillips, who donned a black face mask, took to the microphone Wednesday morning to address the protesters, he declared: “I can’t breathe.”
“I can’t breathe,” Phillips said a second time, as people in the crowd urged him to remove the mask.
The councilman then pulled off the mask as he rolled his eyes and threw his head back. “Insanity,” he shouted to the crowd, which had erupted in applause.
For the full story, visit CNN.com/Politics.