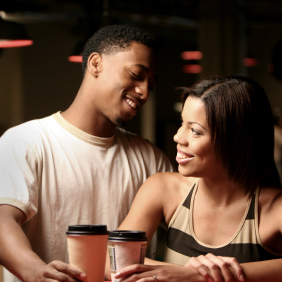 women wonder about, especially the single ones.  Based on my experiences, I’d have to say that it’s a pretty accurate statement. Here are my top 5 perceived and actual reasons this is true.

5. They are gay.
Now, with all these “Down Low Brotha” stories going around, I can see how a lot of women could believe that the brothas are single because they actually prefer men.  Now ladies, I’d have to say that while I’m sure it’s true in a few cases, it is not the norm. Of course, I could be wrong.  If a brotha truly was on the “down low”, I wouldn’t know, since I’m not ïŠ.  However, I think Sacramento is a small enough town, that if a man was out dating other men, it would eventually get out.  So, I’m going to say that homosexuality is not a real factor.

4. They are focused on their careers.
Now, this would normally be a good reason for a lot of brothas to be single.Â  But, not in Sac.Â  Let’s be real.  The majority of people in Sac work for the city, county, state, or federal government, and brothas are no different.Â  There really aren’t that many Black men in Sac who have their own business or are working in a job that would prevent them from having enough time to meet someone.  And, in reality, if a brotha met the right person, he would make time for them no matter how busy he was.

3. They’re not single, they just say they are.
I’m sure this is true in a lot of cases.Â  There are a lot of Black men out there who appear to be single, but really arenâ€™t.Â  They just arenâ€™t claiming anyone for whatever reason, whether it is because they want to keep their options open or they just like to keep their business private.Â  Out in public, they appear to be single, but when they get home, they are not.Â  Of course, there are also times when men are seeing someone are a couple of people, so their dating plate is full.Â  There is only so much time in the day.

2.Â Â  Â They canâ€™t find the right â€œoneâ€.
This may be true for a few brothas.Â  There are actually a decent number of Black men who are single and would like to find the right woman to settle down with.Â  The unfortunate problem is that a lot of quality sistas in Sac are already taken.Â  In Sacramento, people get married at younger ages than a lot of other places, so, by the time people are in their 30s, theyâ€™re married with a couple of kids.Â

1.Â They want to be.
This is probably the number 1 reason the majority of Black men in Sac are single.Â  While Sac isnâ€™t on the level of the Bay Area in terms of amount or quality of women, there are quality single women in town.Â  Some men just enjoy being single and free to date whoever they want, whenever they want.Â  They can come and go as they please without having to answer to anyone.Â  While there will be some lonely nights, there will also be a lot of fun nights.Â  And if youâ€™re out and meet someone new, youâ€™re free to act on it.Â  For some Black men, this is a good situation to be in.Â  Maybe theyâ€™ll settle down one day, but who knows when that will be.

E-mail your comments and relationship questions to ask-aaron@sacculturalhub.com.Â  Your comments may get published in the issue of THE HUB Magazine.