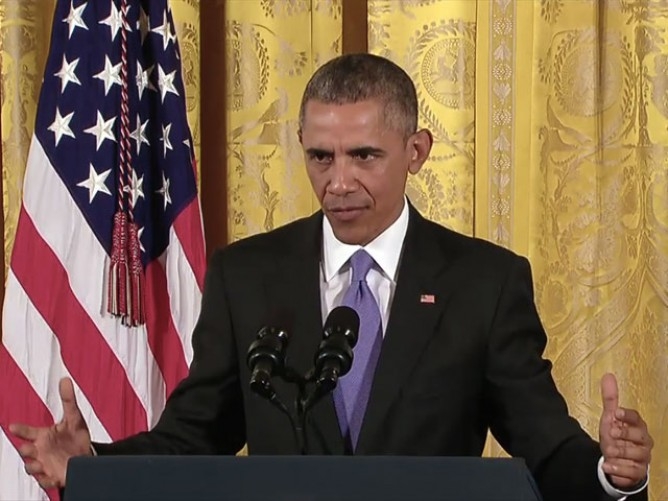 President Obama on Wednesday said bluntly that the actions described in accusations that the comedian Bill Cosby drugged women for sex would constitute nothing less than rape, and he said the country should have “no tolerance” for such actions.

In his first comments on the decades-old accusations against Mr. Cosby, the president sought to carefully avoid a direct comment on civil legal actions that have been lodged against the longtime comedian and television star by several women in recent years. And he dismissed the idea that he might revoke the Presidential Medal of Freedom conferred on Mr. Cosby by President George W. Bush in 2002.

For the complete article and video, visit TheNewYorkTimes/US/News.