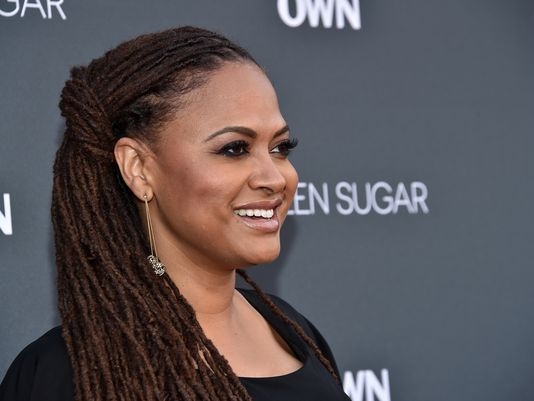 Grainy black-and-white images of African-Americans beaten and arrested by police flash across the screen, intercut with cell-phone footage of people being harassed and intimidated at Trump rallies. Audio of the presidential candidate scolding protesters scores the scene, as he laments that in “the good old days, law enforcement acted a lot quicker than this,” and says demonstrators would’ve been “carried away on a stretcher.”

Including Trump in the racially-charged film was imperative to DuVernay, who spoke to journalists ahead of 13th‘s world premiere at the New York Film Festival on Friday and Netflix debut Oct. 7.

“It’s vital to have him in there,” she says, “because he’s taken this country to a place that is going to be long-studied, considered for a long time, and have repercussions past this moment, regardless if he’s president or not.”