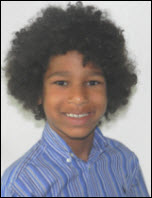 John Isaiah Norwood, a student at John Sinnott Elementary School in Milpitas, accomplished an extremely rare feat when he took the STAR for the first time as a second grader and scored a perfect 1200 score on the California Standards TEST (CST).

Norwood — who is currently a third grader at the school — achieved perfect 600 scores on both the math and language arts sections of the test. School administrators reportedly stated they had never heard of any student getting a perfect score on both portions of the test.

Norwood reportedly says he is “extremely proud” of his accomplishment. His dream is reportedly to be a car designer for Tesla, and he plans to design his sister’s first car.

In a few weeks students across the state will take California Standard Tests (CSTs) as part of the state’s Standarized Testing and Reporting (STAR) Program, which is currently transitioned into the national Common Core Standards. The standardized tests are given to students in grades two through 11, and the results help school districts and schools measure their academic success.