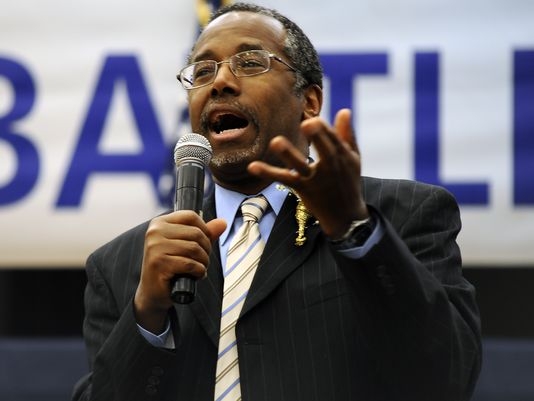 “I’m Ben Carson and I’m a candidate for president of the United States,” he said.

Carson chose Detroit, the town in which he grew up, for the announcement and began the day with a prayer breakfast with city pastors, then spoke to an assembly at the Detroit high school that bears his name before heading to the official launch of his presidential campaign.

Carson told a Florida TV station Sunday night that was joining the race. And from Detroit, he had been scheduled to travel to Iowa, for three days of events in the pivotal state where the first presidential caucus of the 2016 election cycle will be held Feb. 1.

For the complete story, visit BattleCreekEnquirer/News.