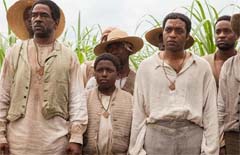 The nominees are in for the 2014 BET Awards, spanning 20 categories as selected by the network’s voting academy.

The awards show will air live Sunday, June 29 at 8 p.m. ET on BET Networks from the Nokia Theatre L.A. Live in Los Angeles. It will premiere elsewhere around the world on BET’s international network July 1, 8:00 p.m. GMT.