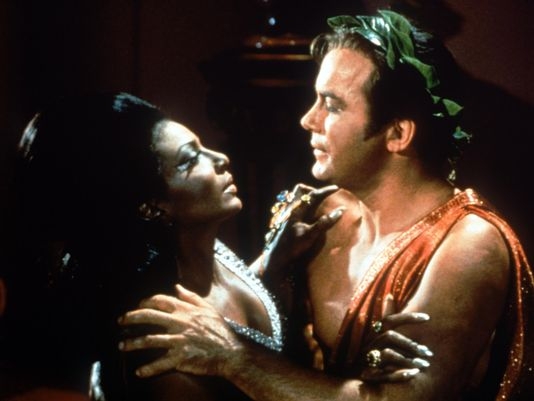 Like a lot of things in life, it started with a kiss.

The 1968 Star Trek episode “Plato’s Stepchildren” began like most others:  The crew meets a new alien race. The villains of the story start wreaking havoc. And then Captain Kirk (William Shatner), a white man, and Lieutenant Uhura (Nichelle Nichols), a black woman, kissed.

Widely thought to be the first interracial kiss depicted on television (although archivists have found earlier examples), the episode was a monumental moment in American television and culture.

For the complete story, visit USAToday.com/Live/TV.