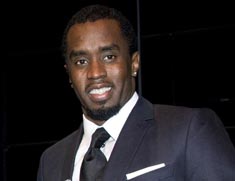 By: Contributing Writer ShanayaMonique
Who is really on top as we’re well into the year 2014 having ended 2013 with plenty of capital flooding in from the entertainment industry? According to Forbes Top 5 Wealthiest Artists of 2013, Mega-mogul and entrepreneur Sean Diddy Combs has the top spot coming in at #1 on Forbes list for a net worth estimated at $580 million dollars. The multitude of Diddy’s wealth comes from his partnership with Diageo’s Ciroc which has earned him a fortune. The #2 was claimed by superstar Jay-Z with an estimated net worth of $475 million dollars… but who will claim the #1 spot for the year 2014, with no news coming from the Diddy train, except for a recent name change back again to “Puff Daddy”? We’ll have to wait and see as these two battle it out this year.
Click here to read full article at Forbes.com.