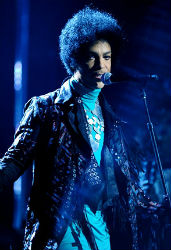 There were lots of good — and some bad — at last night’s 2012 Billboard Music Awards.

Amongst the good — Prince performing a medley of his hits after receiving the Icon Award, and Rihanna sweeping the R&B category with four awards for R&B artist, album, song and radio songs artist.

As for the bad, that came in part to R&B singer Miguel, who during his performance injured two fans after attempting to jump over them. Click here to see a video of what happened.

Click here to read a recap on the show on Billboard.com.