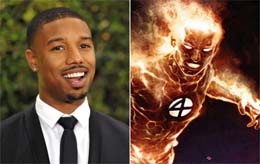 The outcry over interracial casting here appears to be much more muted than the stir over Idris Elba’s role as Heimdall in the Thor franchise, which provoked boycott threats. Still, I’ve seen people on Twitter talking about how the casting will “ruin” the franchise. I’m not going to link because I’m leery of shaming people that way on a mainstream site, but if you look around you can find them without too much trouble. (Niki Cruz has rounded up some of the response, with names redacted, here.) This echoes earlier controversies in which a campaign to get Donald Glover cast as Spider-Man met with racially fraught backlash, while the casting of Amandla Stenberg as Rue in The Hunger Games provoked angry social media whining.

Read the entire article at The Atlantic.