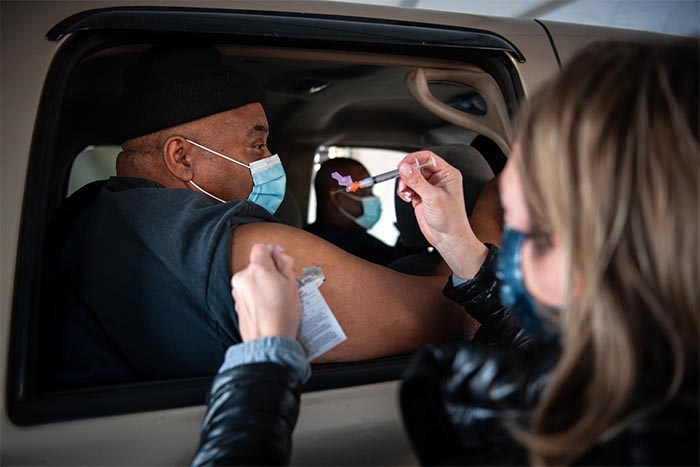 Black Americans are receiving covid vaccinations at dramatically lower rates than white Americans in the first weeks of the chaotic rollout, according to a new KHN analysis.

About 3% of Americans have received at least one dose of a coronavirus vaccine so far. But in 16 states that have released data by race, white residents are being vaccinated at significantly higher rates than Black residents, according to the analysis — in many cases two to three times higher.

In the most dramatic case, 1.2% of white Pennsylvanians had been vaccinated as of Jan. 14, compared with 0.3% of Black Pennsylvanians.

The vast majority of the initial round of vaccines has gone to health care workers and staffers on the front lines of the pandemic — a workforce that’s typically racially diverse made up of physicians, hospital cafeteria workers, nurses and janitorial staffers.

If the rollout were reaching people of all races equally, the shares of people vaccinated whose race is known should loosely align with the demographics of health care workers. But in every state, Black Americans were significantly underrepresented among people vaccinated so far.