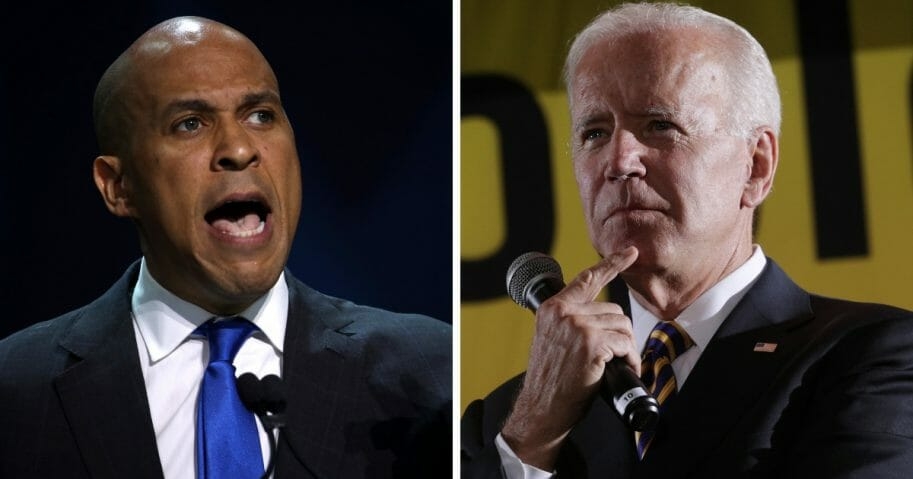 Saying he doesn’t have “a racist bone in my body,” former Vice President Joe Biden on Wednesday defended comments he made earlier this week about working with segregationist senators early in his career.

Tuesday, Biden had boasted about his ability to “(get) things done” with former Sens. James Eastland of Mississippi and Herman Talmadge of Georgia during a fundraiser at the Carlyle Hotel in New York, according to a campaign pool report. The two former Demoratic senators fought against the civil rights movement and opposed the racial integration of schools.

Speaking to reporters outside a fundraiser in Chevy Chase, Md., Wednesday Biden took on Booker and others that had criticized him, saying his fellow Democrats also running for president “know better.”