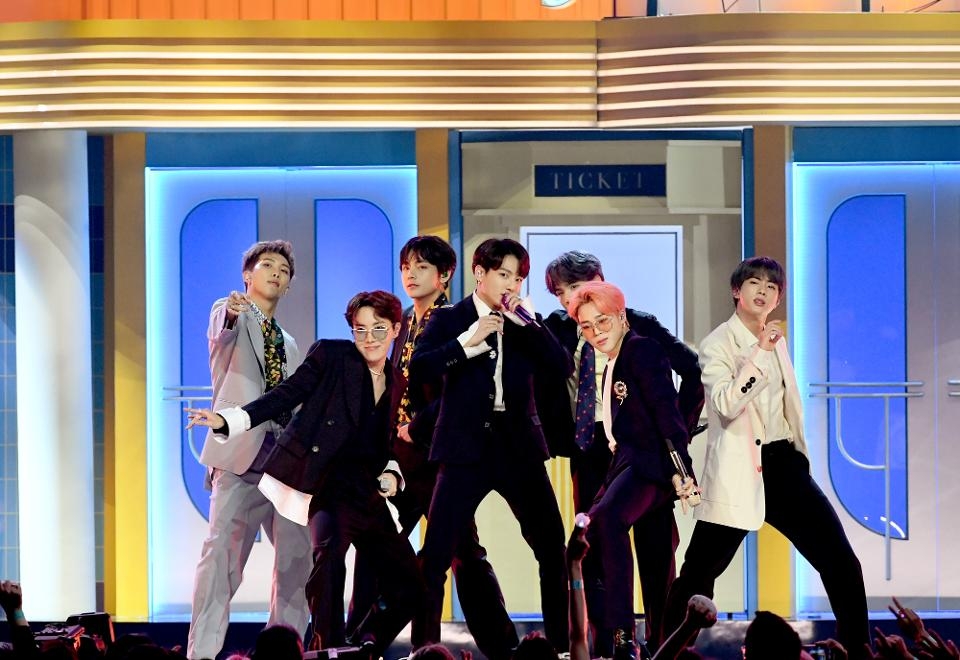 It was a foregone conclusion that BTS would earn their fourth consecutive No. 1 debut on the Billboard 200 this week with their highly anticipated new album, Map of the Soul: 7. But not even the most optimistic analysts pegged it to fly this high. The Korean pop superstars moved 422,000 album-equivalent units, nearly double their previous best sales week (230k with 2019’s Map of the Soul: Persona) and roughly 150,000 units above early projections. The biggest band in the world somehow got even bigger, and they don’t seem to be approaching the ceiling of their popularity anytime soon.

Map of the Soul: 7’s stratospheric debut isn’t just a victory for BTS. It’s a smashing of the accepted pop music hierarchy and a changing of the guard. The 400,000-plus debut is even more striking on the heels of Justin Bieber’s Changes, which topped the Billboard 200 last week with a relatively anemic 231,000 units. Bieber’s not the only one who got bested, either.

For the full story, visit Forbes.com.