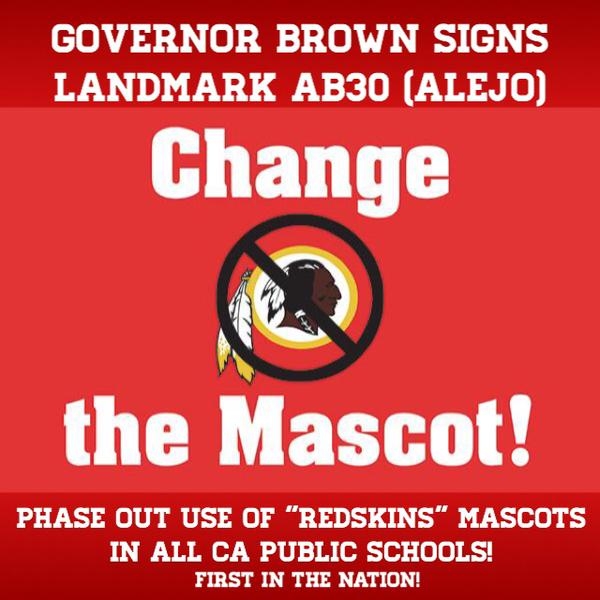 California became the first state to ban public schools from using “Redskins” as a team name, nickname or mascot on Sunday in a move applauded by Native American activists.

“They have set a shining example for other states across the country, and for the next generation, by demonstrating a commitment to the American ideals of inclusion and mutual respect,” they wrote.

For the complete story, visit TheHuffingtonPost.com/California.