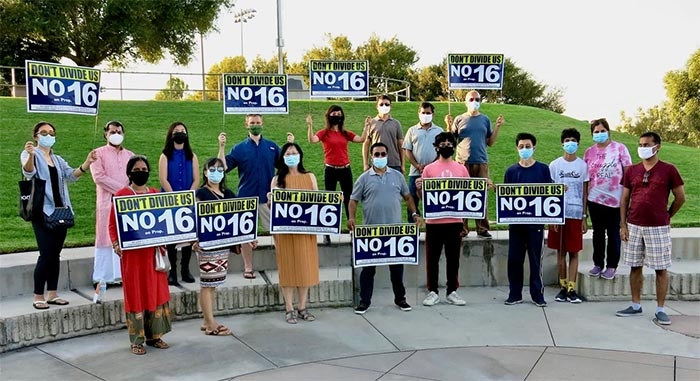 Photo Courtesy No on 16

When Proposition 16 did not pass in California in November, leaving a ban on affirmative action in place,Naomi Waters was dismayed but not surprised.

“So this is where we’re at?” the third-year student at the University of California-Riverside recalled thinking of California’s political leanings.

“It’s disheartening where we are currently, but then looking nationally, it isn’t really that much of the surprise,” said Waters, the Racial Justice Now chair of the University of California Student Association.

Proposition 16 would have removed the ban in the California Constitution on considering race and sex in government hiring and education. In other words, it would have reinstated a practice called affirmative action, most notably at the state’s public colleges.