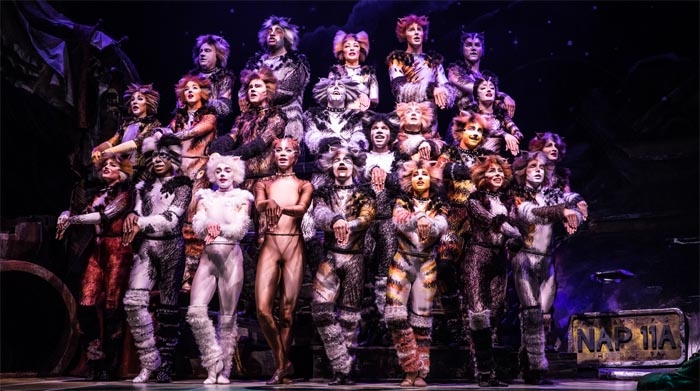 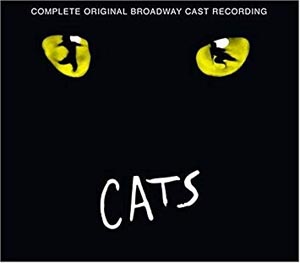 The morning after last night’s Sacramento premiere of the touring production of Broadway’s CATS, I glanced at the iconic cover art of the Grammy-winning cast recording, and saw something I’d never seen in it before: silhouettes of dancers in the yellow eyes of the cat.  It’s a clue that the production’s choreography and its execution provides the “wow factor” in this Tony award-winning show.

Similarly, had I looked closely enough last night, I may have seen human beings beneath the prosthetics, heavy make-up, and elaborate costumes, instead of the human-sized felines who wow’d me.  Begging forgiveness from Academy Award-winning actress Halle Berry, these upright cats were downright great.

CATS premiered in 1981 in London before making its Broadway debut a year later, and enjoyed one of the longest runs in Great White Way history.  The show has been presented in over 30 countries, translated into 15 languages, and seen by more than 73 million people.  After having joined that number last night, I can understand why.

The show’s striking, iconic Andrew Lloyd Weber score is more than worth hearing live, but one of its first songs will beg the question “What the heck is a “Jellicle Cat?”  Luckily, that question is quickly answered by the glaring of kitties onstage. (And yes, I had to look up what a “group” of cats was called — I wanted to say “pack” or “herd.”)

When the prancing pussies realize they’re being watched, they break the fourth wall and start to tell the story.  For the lucky audience members in the orchestra section, it’s the first of many increasingly-personal feline interactions.

Halle Berry, eat your heart out.

I mentioned the dancing in CATS, and it bears repeating:  the ensemble’s hoofing is downright cat-robatic.  That said, strains of the show’s hit song, “Memory,” are beautifully threaded throughout, before the song’s show-stopping performance at the finale.  “Memory” has been recorded by over 150 artists from Johnny Mathis and Barbra Streisand to Liberace and Barry Manilow. None of those versions holds a candle to what I heard in Sacramento last night.

I only wished that the Sacramento Community Theater’s acoustics were better, as some of CATS’ lyric-intensive songs were hard to discern.  Hopefully, that will be corrected with the venue’s upcoming, long overdue remodel.

CATS is in town through April 7, and if you’re lucky you can still get a seat.  I’m told the run is just about sold out.  And again, after last night, I can understand why.

The Sacramento engagement of CATS runs through April 7 at Community Center Theater. Tickets start at $31 and are available at the Wells Fargo Pavilion Box Office, 1419 H Street, Sacramento, or by calling (916) 557-1999. They are also available at the Community Center Theater Box Office, 1301 L Street, Sacramento, or by calling (916) 808-5181, or online at BroadwaySacramento.com.