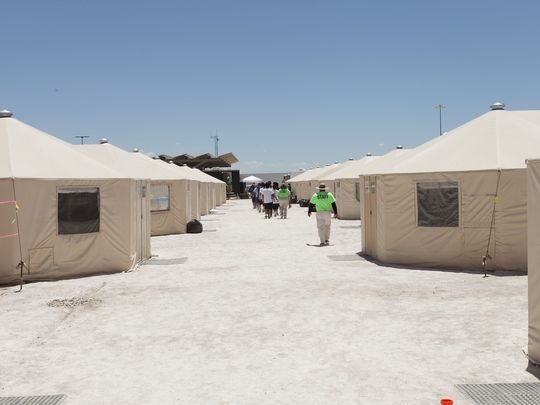 It’s not clear how, or if, the nation’s birthday will be observed Wednesday in federal immigration detention facilities. But we do know how tens of thousands of Japanese-Americans – most of them citizens, almost half of them children – marked their first Fourth of July in captivity during World War II.

They celebrated the occasion with a rush of patriotism. They sang, paraded and acted out skits. They recited the Declaration of Independence and the Gettysburg Address. They pledged allegiance to the flag. If they didn’t have a flag, they drew one on a wall.

They swallowed their fear and anger. “It was our Independence Day celebration,’’ the interned Sachi Kajiwara would recall, “though we were behind barbed wire, military police all around us, and we could see the big sign of ‘South San Francisco’ on the hill outside.’’

Which suggests that sometimes those who most love America, or most desire it, are those it treats most harshly.