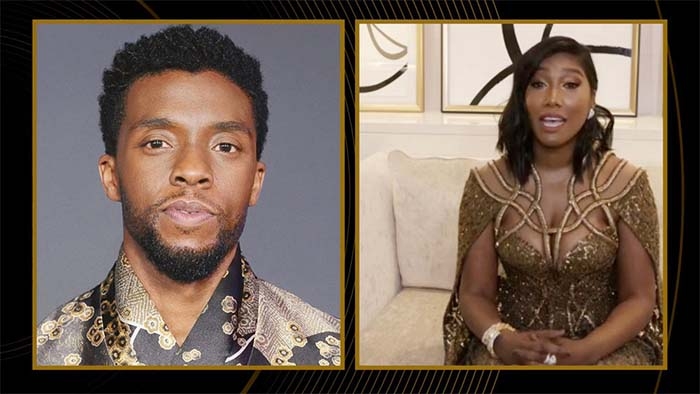 Chadwick Boseman was named the posthumous winner of Best Actor in a Motion Picture Drama for his portrayal of Levee Green in Ma Rainey‘s Black Bottom at tonight’s Golden Globe Awards. Accepting the award on his behalf was his wife, Taylor Simone Ledward, who delivered a tearful speech about what her late husband would say if he were here.