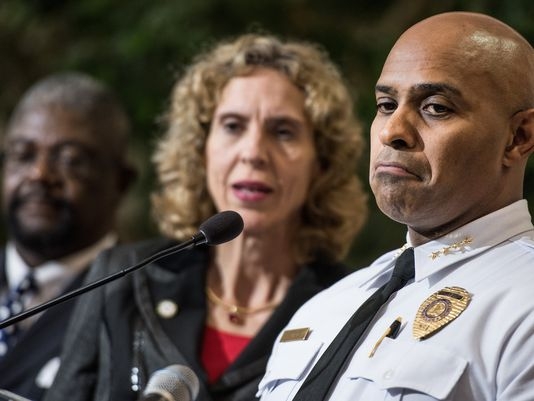 After a second night of violent protests over a police-involved shooting, police chief Kerr Putney allowed the victim’s family to view video of the incident but said he would not release footage to the public.

The city announced it would impose a city-wide curfew from midnight to 6 a.m. “The curfew will be in effect each day until the end of the State of Emergency is declared or until the official proclamation is revoked,” the city’s Twitter feed reported.

Putney told reporters the video “does not give me absolute definitive visual evidence that would confirm that a person is pointing a gun” but that the evidence “taken in totality” supports the police version of events that led to the fatal shooting of Keith Lamont Scott. The family viewed the video Thursday afternoon but had not yet made a statement about their reaction to it.