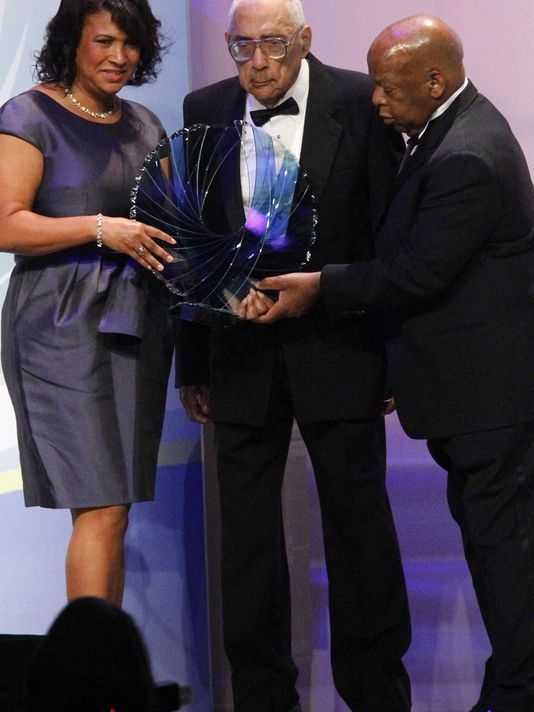 Journalist Simeon Booker, a longtime chronicler of the civil rights movement and the first full-time African-American reporter for The Washington Post, died Sunday, The Post reported. He was 99.

As a writer for Jet and Ebony magazines in 1955, Booker helped deliver the story of 14-year-old Emmett Till’s murder to a national audience. Till was killed in Mississippi for whistling at a white woman, and Booker’s coverage of his death — as well as the acquittal of two white killers — helped galvanized the civil rights movement.

Booker also covered the Montgomery bus boycott and, in 1965, the civil rights march from Selma to Montgomery, Ala.