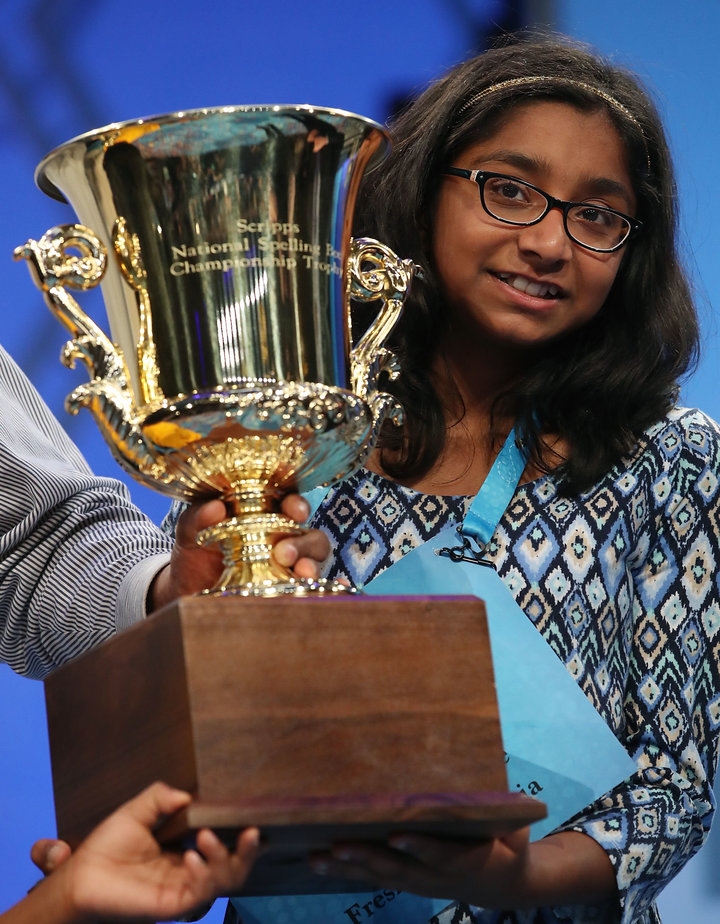 Many people are giving CNN some heat this morning after two anchors asked a national spelling bee champion to spell “covfefe” and then went too far with a racist joke aimed at the twelve year old of South Asian descent.

In an on air interview, CNN anchors, Alisyn Camerota and Chris Cuomo, asked Ananya Vinay, the recent Scripps National Spelling Bee champion to spell “covfefe”. For those who recall, earlier this week, our articulate President coined this word to discuss how he was being treated by the press.

That’s not the shocking part of this interview, however. What was shocking was co-anchor Alisyn Camerota’s blatant display of white privilege vis-a-vis a twelve year old AMERICAN girl of Asian descent.

After asking Vinay to spell “covfefe”, Camerota then goes on to give some origin of the word “covfefe” and says this to Vinay:

But it is a nonsense word but we’re not sure that it’s root is in Sanskrit which is probably what you’re used to using.

For the complete story, visit TheHuffingtonPost.com/LatestNews.