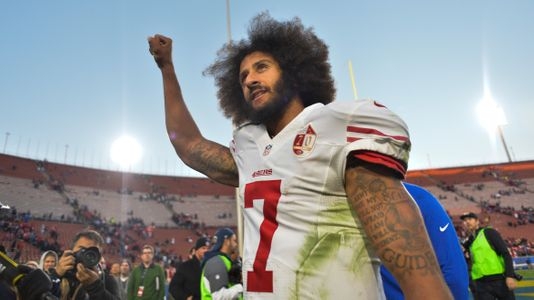 As the NFL continues to defend itself in an ongoing collusion grievance filed by Colin Kaepernick, its official apparel partner unveiled a new advertisement featuring the former San Francisco 49ers quarterback himself.

“Believe in something,” the advertisement reads in white letters in front of a black-and-white portrait of Kaepernick. “Even if it means sacrificing everything.”

Kaepernick remains a free agent after last playing in the NFL in 2016.

for the full story, visit USAToday.com/Sports/NFL.