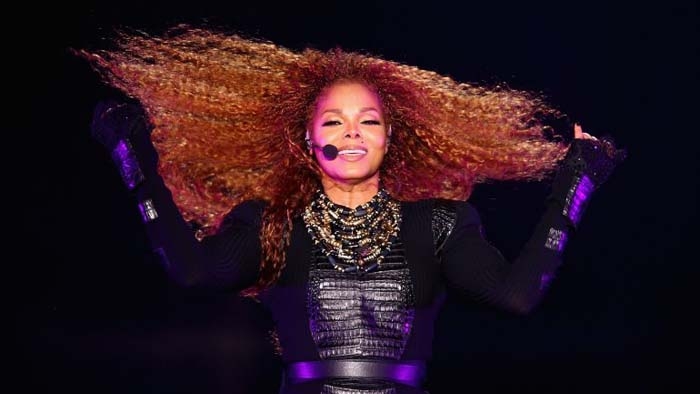 The iconic Janet Jackson is scheduled to take the stage at Sacramento’s Golden 1 Center  Tuesday night.  To paraphrase her brothers, you know I’ll be there!

I’ve actually been just slightly in love with Jackson since she played little “Penny” on Good Times.  I’ve wanted to see her live since 1986 when she emerged from Michael’s shadow with her seminal, third album Control.  It was one of the first CDs (remember those?) I ever purchased, and featured a record-breaking six Top 10 singles that were promoted via a series of visually stunning music videos.

Miss Jackson’s smile and cleavage (don’t judge: you know you looked at it!) in her When I Think Of You video took my 21 year old breath away.  I’d never been jealous of an inanimate object before, but I wanted to be Jackson’s bra.  W hen Jackson spins around, flips her weave, and smiles through the line “when you’re not around, I just…think…of…YOU!” she was second in line only to Miss Ross.  I even named my eldest daughter, born in early 1987, after the singer.  (My daughter’s mother would not allow me to name her “Diana.”).

Click here to watch Jackson’s When I Think Of You video.

For almost two decades, Jackson’s hits just kept coming with the multi-platinum Janet Jackson’s Rhythm Nation 1814, janet., Velvet Rope, and All For You albums, before her infamous “wardrobe malfunction” (you know you looked at it, too!!) during the 2004 Super Bowl halftime show temporarily derailed her career.  (In this writer’s humble opinion, the “event” was blown way out of proportion, and Jackson will vilified by the media while JT’s assault on her was ignored BUT DON’T GET ME STARTED ON THAT!)

I’ve followed Jackson’s life and career through all of her television shows, albums, movies, and secret husbands.  After all of these years, I’m looking forward to seeing firsthand whether the 51-year-old new mom can deliver in concert.

Look to THE HUB later this week for a review of the show.  And if you’re going, email your comments about the concert to me at mikelsmindseye@me.com, and include your full name and home city.  I may quote you in the story!

Connect with Sacramento-based freelancer Michael (“Mr. Coleman” if you’re nasty) at www.michaelpcoleman.com or follow him on Twitter:  @ColemanMichaelP.