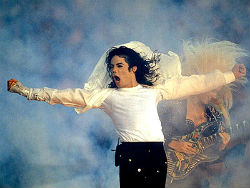 On Wednesday, October 2, a jury found concert promoter AEG Live not guilty of liability in a wrongful death lawsuit brought my Michael Jackson’s family, according to an article on Reuters.com.

According to the article, Jackson’s mother, Katherine, and his three children had sued AEG Live over the singer’s death in 2009 after receiving a fatal dose of a surgical anesthetic drug, as the company had hired Jackson’s personal doctor, Conrad Murray.