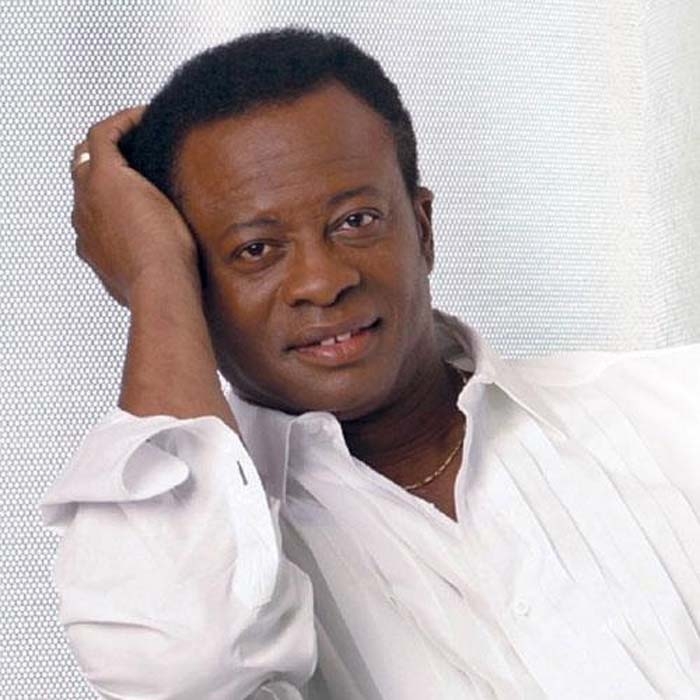 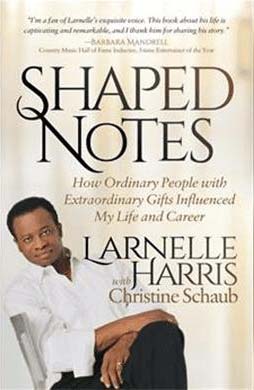 It’s a very engaging but quite disarming read, even for fans who will pick up the book thinking they already know Harris.  It’s an easy mistake to make if you’ve listened to his music.  I reach for one of his albums, I Can Begin Again or The Father Hath Provided, when I need to be reminded that God’s got my back.

Harris’ voice is a soaring, multi-octave wonder that has remained virtually unchanged for the last 40 or so years.  Quite simply, he is one of the best singers — of any genre — I’ve ever heard.  But more than that, his pitch-perfect delivery has always been unflinchingly honest, and that candor is beautifully reflected on every page of his new memoir.

Shaped Notes walks us along Harris’ journey from rural Kentucky to concert stages all over the world.  But as the title suggests, the brilliant new book also devotes quite a bit of real estate to other people.  Harris seems to want to make it clear that he has not allowed the glare of the lights to blind him to the people who helped make him what he is today.

“Anybody who thinks they have done anything of significance…and thinks that they did it all  on their own is delusional,” the now 70 year old legend told me by phone from his home.  “I remember once seeing a picture of a turtle on a fence post.  That turtle didn’t get up there by itself. As I’ve gotten older, I understand that God kept putting people in my life — teachers, mentors, choir directors — not just famous folks like the Gaithers and Sandi Patty, but people like Miss Georgia Donehy, the organist and pianist at our church.”

“Miss Georgia taught piano lessons to all of us kids and spoke into our young lives, taking the ceiling off of our dreams,” Harris continued.  “I hope that every town, city, state and country has a number of Miss Georgias, because there are a lot of kids out there, a lot of people who need that kind of encouragement.  God has put people like that in our lives for a season, and then you’re moved on to somebody else until you, hopefully, become one who is helping someone else deal with an issue or taking the ceiling off of their dream.”

Shaped Notes is packed with stories of the “Miss Georgias” in Harris’ life, all told with an unblinking honesty and care that’s wonderfully refreshing in a “celebrity” memoir.  The singer-turned-author told me that writing the book wasn’t easy.

“This was an emotional journey,” Harris shared.  “There were a few tears shed through the writing process.  I don’t go back very easily.  I don’t live back there.  Remembering all the people who have poured into my life and how they helped me was humbling.”

“About 2 o’clock one morning, I was sitting on the sun porch and all I could do is weep,” Harris shared.  “After I left college, I was touring the country singing, and it occurred to me that my mom and dad, half of the time, had no idea where in the country I was.  Now, I was touring with their blessing. But here are these two people who’d raised a son from birth, loved him and cared for him and protected him, and there came a time when they had to let go, and they did.  And I’m somewhere in the country, and they don’t even know where.”

Harris paused as he continued the story, wiping away tears.

“And I thought about the angst that must have caused for them, and how my mother and my dad must have worried,” Harris said.  “And why they would grab me with both arms when they saw me.  A lot of kids don’t think about that, but [writing this book] made me think about it, and caused me to appreciate so much of what I didn’t appreciate when I was growing up.”

In addition to touching on the people who’ve “poured into” Harris’ life, Shaped Notes also touches on some of the milestones of Harris’ illustrious career and many of his signature hits, including “I’ve Just Seen Jesus,” “I Can Begin Again,” and “I Miss My Time With You.”

The book details Harris’ bouts with depression. There was a period of time when he’d lost his singing voice entirely and was told he might not regain it.  Harris also writes about the incarceration of his father when he was a young boy, and blatant racism he faced as he almost single-handedly integrated Contemporary Christian radio and concert stages in the 1970s and early 1980s.

As we wrapped our conversation, Harris got back to that turtle on the fencepost, adding that he hoped Shaped Notes reminds those who’ll read it that we all need help in facing life’s challenges.

“God never gives us anything that we can get ourselves.  If He did, we wouldn’t need Him,” Harris said, with the fervor of a baptist preacher.  “Moses was chosen to lead the people, but he had a little hesitation.  When I hear someone say ‘I’m the man’ I shudder a little bit.  I’m not talking about being defeated, and I’m not talking about false humility. I’m talking about a genuine sense that you’ve just been handed something that you cannot carry, and if you’re gonna move it 10 feet, you’re gonna have to have some help.  You’re gonna have to depend on somebody to pick you up and set you on that fencepost.”

As Harris has been picking me up, musically, and setting me on fenceposts for the last 30 years, reading his book was a true joy.  You’ll think so, too.  And after my conversation with Harris, I’ll never see a turtle the same way again.