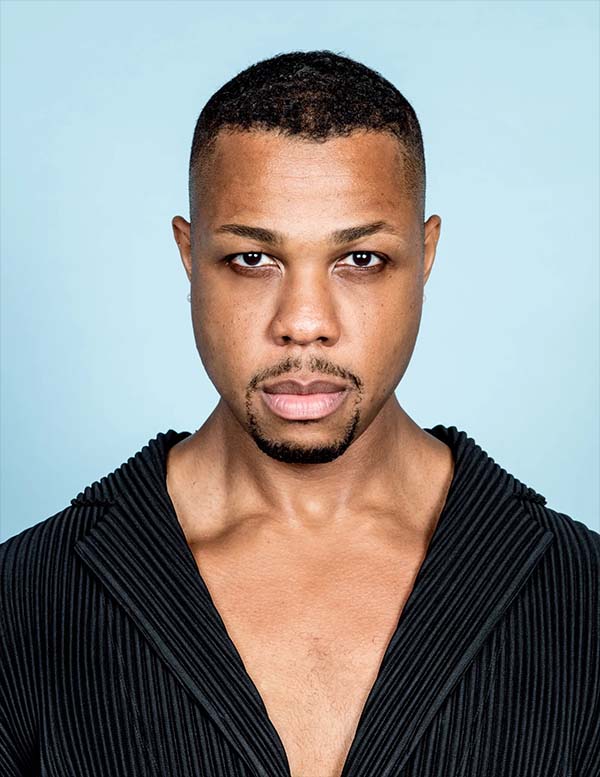 Before the altar of the church stood a large screen displaying the words “recital no. 1: mass,” in black letters on a white background. The singer entered from the back, walking slowly, delivering an a-cappella setting of the Kyrie from the traditional Mass, by the contemporary composer Caroline Shaw: “Lord have mercy, Christ have mercy.” The light was low, almost séance-like. The singer wore a black suit jacket over a black tank top, with a pearl rosary around his neck. Once he reached the front of the church, he walked over to a piano, where an accompanist was waiting for him, and launched into Bach’s “Wie jammern mich,” from the cantata “Vergnügte Ruh”: “How I bewail those wayward hearts / That set themselves against you, my God.” He then sang the spiritual “Were You There When They Crucified My Lord?,” in a ghostly, semi-modernist arrangement by Tyshawn Sorey. There followed another segment of Shaw’s Mass, the Agnus Dei. In a matter of minutes, we had traversed multiple centuries and worlds, yet all the music was filtered through the taut resonance of one voice: a timbre at once grand and fraught, potent and vulnerable.

The singer was the thirty-four-year-old bass-baritone Davóne Tines, performing with the pianist Adam Nielsen at the First Congregational Church of Los Angeles, in September. I had never heard a recital quite like it: instead of the usual smorgasbord of tastefully varied selections, it felt like a sustained creative statement, almost a composition in itself. It culminated in another startling a-cappella moment: a rendition of “Prelude to the Holy Presence of Joan d’Arc,” by the avant-garde Black composer Julius Eastman, who died in obscurity in 1990. Tines conveyed this music with disciplined desperation, rising to a siren-like wail on the line “Joan, speak boldly when they question you.”

The next day, at a café in the Hollywood Hills, Tines ordered a sausage-and-spinach scramble and spoke to me about the “mass” program—one of several projects in which he is challenging the conventions of classical music, tackling themes of race and sexuality and expanding what it means to possess an operatic voice. Tines, whose first name is pronounced “da-von,” arrived with his suitcase in tow: he was heading to Detroit, where he is an artist-in-residence at the Michigan Opera Theatre, and where, next spring, he will sing the title role of Anthony Davis’s 1986 opera, “X: The Life and Times of Malcolm X.” Onstage, Tines is an intense, magnetic presence, and also, at six feet two and a half, a towering one. In person, he is urbane, discursive, and playful, though he speaks with an unguarded directness that is not often encountered in the nervous corridors of classical music.

Read the full story at The New Yorker Magazine.