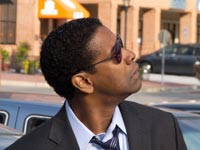 Denzel Washington is one of the actors honored by the AARP’s 12th Annual Movies for Grownups Awards, which celebrates actors over 50 and films made for older audiences.

Washington was named the “Best Actor 50+” for his role in the film “Flight.” Other winners included Judi Dench named “Best Actress 50+” and her film “The Best Exotic Marigold Hotel” was named “Best Movie for Grownups.” And Steven Spielberg was named “Best Director 50+”.

Click here to read more about this year’s winners.