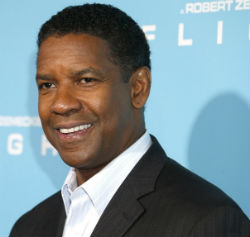 Academy Award winning actor Denzel Washington has been named to Forbes’ top 10 highest paid actor list for 2013, according to an article on Forbes.com.

Washington came in ninth on the list, reportedly earning $33 million mainly due to his appearance in the movie “Flight,” which also garnered him his sixth Oscar nomination.