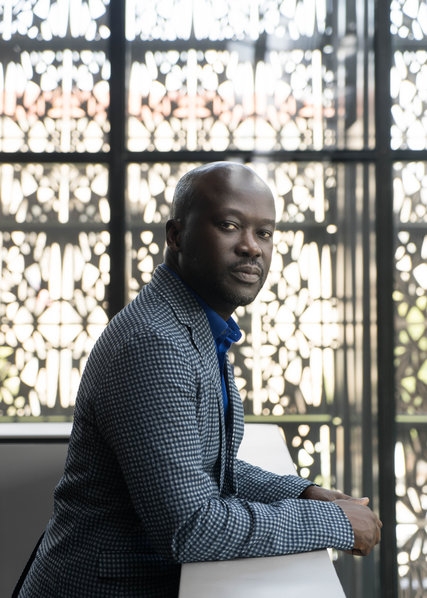 The first really fine major public building of the century to rise in the nation’s capital, the National Museum of African American History and Culture, opening on Saturday, fills the last prime plot of land along the National Mall in Washington and, with it, a gaping hole in the American story. Its three-tier bronzed aluminum skin, burnished and intricate, rising as if from out of the earth, contrasts with the white marble, concrete and glass palaces telling other chapters in that story.

The building was designed by the Freelon Adjaye Bond/SmithGroup, a consortium of firms, led by David Adjaye, the London-based, Ghanaian-British architect, working with Philip Freelon and the engineer Guy Nordenson. Mr. Adjaye, whose American commissions include an art museum in Denver and a subsidized housing project in Manhattan, sat down recently to talk about the project, its structure, setbacks and symbolism. Here are edited excerpts from the conversation.

For the full story, visit TheNewYorkTimes.com/Arts/Design.