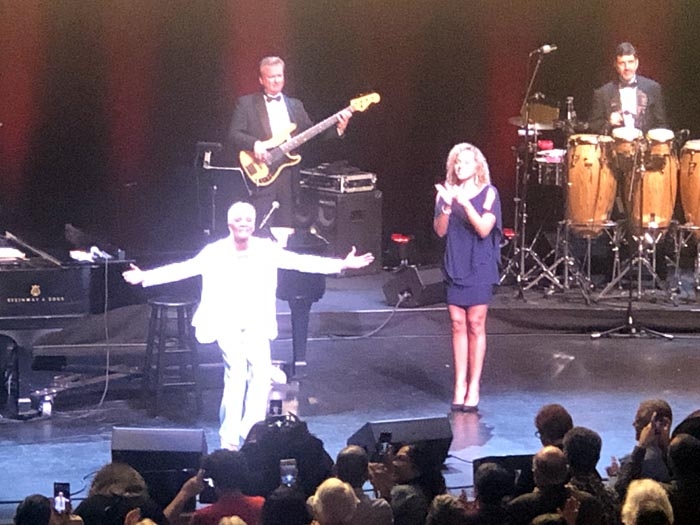 It was obvious early on that Dionne Warwick fans were in for a magical evening at yesterday’s season opening concert at the Gallo Center for the Arts in Modesto.

The first sign? The lights dimmed at the stroke of the show’s announced 8pm start time. Warwick, a 50+ year veteran of the stage and a consummate professional, was off and running. She got her first standing ovation before she sang a single note.

And then there was MY song: “Message To Michael.” And Warwick sang it directly to me, in its entirety. “Take a message to Michael / He sings each night in some cafe / In his search to find wealth and fame / I hear Michael has gone and changed his name.”

I will never, EVER change my name, Ms Warwick, as long as you keep singing it so beautifully. Thank you for an incredible night of immaculately sung pop classics.

Click here to read MPC’s full review of the show, which includes a report on Warwick’s personal song for the writer. He almost lost his damned mind!