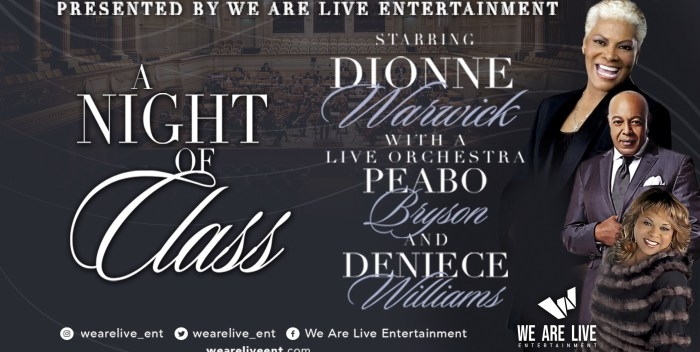 According to a press release, the cancellation is because in Atlanta the promoter says he and his staff received “racist and homophobic” threats on August 23rd at Atlanta’s Fox Theater. But that show took place and so did one the next day in Washington, DC.

The New York shows were supposed to be at Manhattan’s Beacon Theater, and Brooklyn’s Kings Theater. There was another show also in Virginia. There were no threats at those theaters, yet these shows are cancelled.

For the full story, visit ShowBiz411.com.