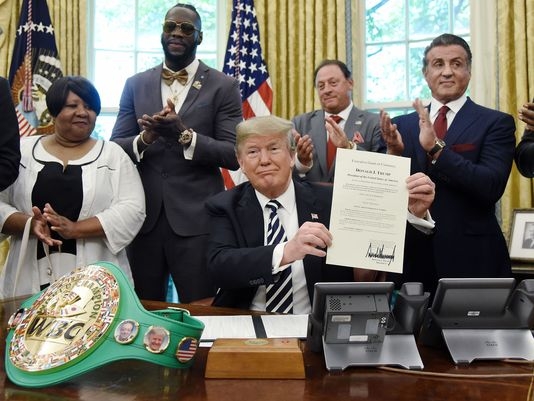 As the Democratic Party remains in the coma it entered in November 2016, President Trump is performing his greatest magic trick.

And he’s doing it right under their noses.

He doesn’t really have to do much.

He does it by inviting the presidents of some of nation’s historically black colleges to gather in the Oval for a photo op, and watch them do it, because their schools are struggling or dying.

He does it by freeing the Johnsons — freeing the history of Jack and commuting the sentence of Alice.

Anyone who thinks that Trump didn’t gain some black votes by those actions last week doesn’t understand the power of connecting with the disconnected.