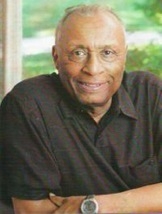 The Man, The Nuclear Engineer

Sampson remembers a career day at Morehouse College that changed his life and, “Contrary to what you read on the Internet, I did not invent the cell phone,” but was a pioneer in the technology now used in cell phones.

Sampson’s journey from Jackson, Mississippi to West Lafayette occurred thanks to the intervention of an unknown Purdue graduate. “I was attending Morehouse in Atlanta. I went to Senior Career Day even though I was a sophomore. I spoke to a Pfizer rep, a Purdue grad who bragged about Purdue. I worked in Chicago that summer and took a bus to West Lafayette to check out Purdue. It was love at first sight,” recalled Sampson.

Purdue prepared Sampson, “Excellently. Everything I know about chemical engineering I learned at Purdue.”

While a Purdue student, Sampson was instrumental in establishing the Omega Psi Phi fraternity chapter at the university earning his Bachelor’s Degree.

From 1956-61, Sampson worked as a research chemical engineer at the U.S. Naval Weapons Center, China Lake, Calif., in high-energy solid propellants and case-bonding materials for solid-rocket motors. “The U.S. Naval Ordinance Test Station was a godsend. When I graduated from Purdue, I found many companies would not hire an African American engineer,” stated Sampson.

He was a pioneer in academia becoming the first African American to earn a PhD in nuclear engineering in the United States.

Following graduate studies, Sampson joined the Aerospace Corp. in El Segundo as Project Engineer from 1967-81, then Director of Planning and Operations and Directorate of Space Test Program from 1981-87. He led senior engineer staff in every phase from planning to launching and space operation of several satellites. He was a vanguard engineer examining how to power satellites.

On July 6, 1971, Sampson was awarded a patent with George H. Miley for the invention of the gamma-electric cell, a direct-conversion energy device that converts the energy generated from the radiation of high-energy gamma rays into electricity.

During the American Institute of Chemical Engineers (AIChE) Centennial meeting held in Philadelphia in November 2008, Dr. Sampson was honored among the “Twenty Chemical Engineers in Other Pursuits.” Sampson is the recipient of a variety of awards including the Atomic Energy Commission Award (1964-1967), Black Image Award from Aerospace Corporation (1982), Blacks in Engineering, Applied Science and Education Award and Los Angeles Council of Black Professional Engineers (1983), and was named a fellow in the U.S. Navy (1962-1964).

Sampson is a frequently cited authority on the contributions of African Americans in cinema and performing arts in the U.S. His seven books include a two-volume set, “Blacks in Black Face: A Source Book on Early Black Musical Shows” (released in June of 2014), and several reference books examining the frequently overlooked contributions of African Americans in American stage and cinema from the end of the Civil War to the beginning of the radio and TV age.

Sampson succumbed to respiratory failure and pneumonia on June 4, 2015.  A memorial service will be held on July 11, 2015, 10:00 a.m. at 2221 Palos Verdes Drive North, Rolling Hills Estates, CA 90274. At his request, Sampson wished to be cremated with his ashes being scattered in the Pacific Ocean off the Palos Verdes peninsula.  A burial at sea will be held on Sunday, July 12, 2015 beginning at 8 a.m.