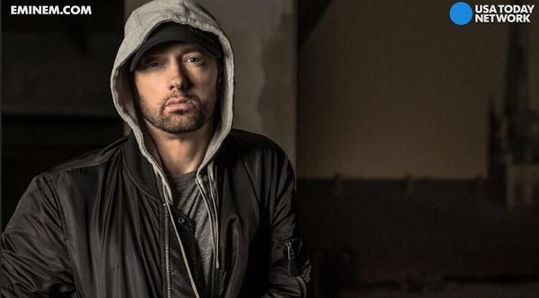 Eminem offered a detailed and searing critique of President Trump on Tuesday, using his rapping skills to lambaste the commander-in-chief and his policies during a performance broadcast as part of the BET Hip Hop Awards.

In the 4½-minute video, the acclaimed rapper issues an ultimatum to any of his fans who support Trump.

“Any fan of mine who’s a supporter of his/ I’m drawing in the sand a line/ You’re either for or against/ And if you can’t decide who you like more/ And you’re split on who you should stand beside/ I’ll do it for you with this,” he finishes, his hand blurred as he presumably flips his middle finger.

For the full story, visit USAToday.com/Life/Music.