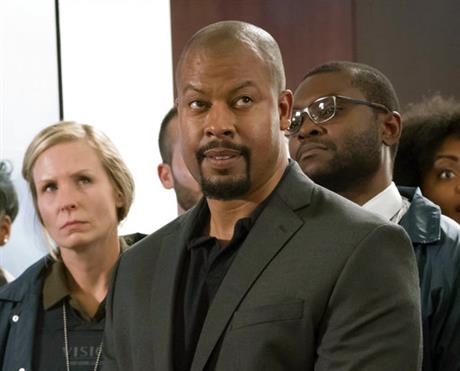 Police say 46-year-old Morocco Omari was arrested Wednesday afternoon. They say officers were called to the Hyde Park neighborhood on Chicago’s South Side by a 24-year-old woman who identified herself as Omari’s girlfriend. She told officers Omari pushed her to the ground several times during an argument, causing scratches on her neck and chest.