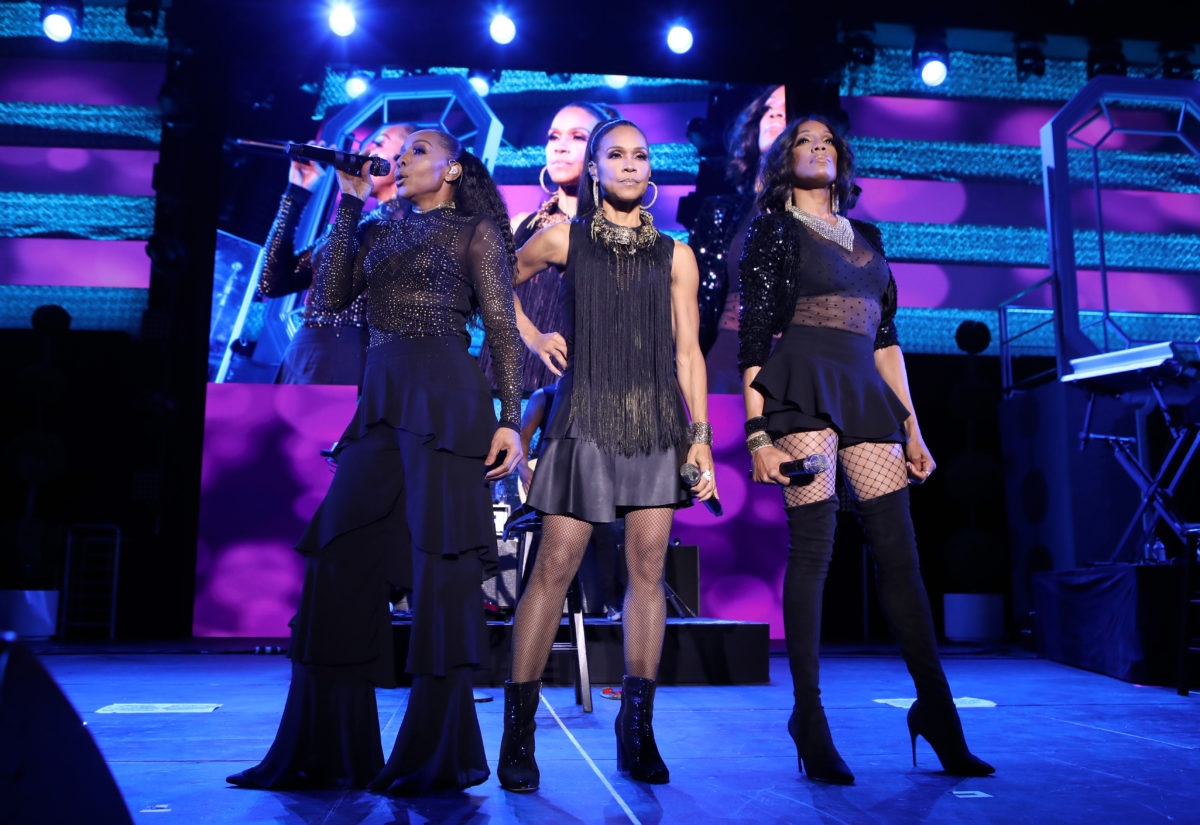 There are many people who have become well-known artists, had a song or two on the charts, and performed for thousands. But there are only a select few who can claim that they’ve done that two times over for nearly three decades.

They were first introduced to us in 1989 as a quartet with the hit single, “Hold On,” and then followed that up with hit after hit, including “Don’t Let Go,” “You’re Never Gonna Get It,” “Giving Him Something He Can Feel,” “Free Your Mind,” and we can’t forget about the classic Salt-N-Pepa collaboration on “Whatta Man.” Today, En Vogue comprises founding members Terry Ellis and Cindy Herron, as well as Rhona Bennett, and they’re back like they’ve never left, and possibly because they didn’t.

It’s why the trio were tapped to perform at this year’s Grammy Awards official after-party celebration.

“It’s been 26 years since our last performance on the actual Grammys so it was a really cool and fun night,” Herron told ESSENCE after the performance. ” There were a lot of people there— maybe about 3,500…So, it was just fun to be back there after all these years. And the people really had a great time. We had a great time, too.”

ESSENCE spoke with En Vogue’s Cindy Herron as the group is gearing up to celebrate 30 years in the business to chat about their anniversary plans, the ever-changing nature of awards shows and the legacy they’d like to leave behind — when the time comes of course.